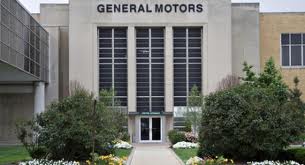 Fitch Ratings expects to assign a ‘BB+’ rating to General Motors Financial International B.V.’s (GMFI) EUR650 million senior unsecured notes issuance under its EUR10 billion Euro Medium Term Note (EMTN) program. The notes will pay a coupon of 0.85% and will be due in February 2018.

The EUR650 million notes will be guaranteed by General Motors Financial Company, Inc. (GMF) and by GMF’s principal operating subsidiary in the U.S., AmeriCredit Financial Services, Inc. (AFSI). The notes will rank pari passu with GMF’s other senior unsecured debt issuance, and therefore, the ratings assigned to the notes is equalized with GMF’s existing long-term Issuer Default Rating of ‘BB+’. The issuance is in line with GMF’s strategy to increase the proportion of unsecured debt in its capital structure and does not result in a significant increase in its leverage. As a result, there is no rating impact on GMF’s IDR or Positive Rating Outlook.

The expected ratings assigned to the proposed notes are equalized with GMF’s IDR, and therefore would be expected to move in parallel with any changes in GMF’s ratings. The Positive Rating Outlook on GMF is linked to that of its parent, GM. GMF’s ratings will move in tandem with GM. Any change in Fitch’s view on whether GMF remains core to its parent could change this rating linkage with its parent. A material increase in leverage without a corresponding decrease in the risk of the portfolio, an inability to access funding for an extended period of time, and/or significant deterioration in the credit quality of the underlying loan and lease portfolio, could become constraining factors on the parent’s ratings.

Fitch has assigned the following ratings: